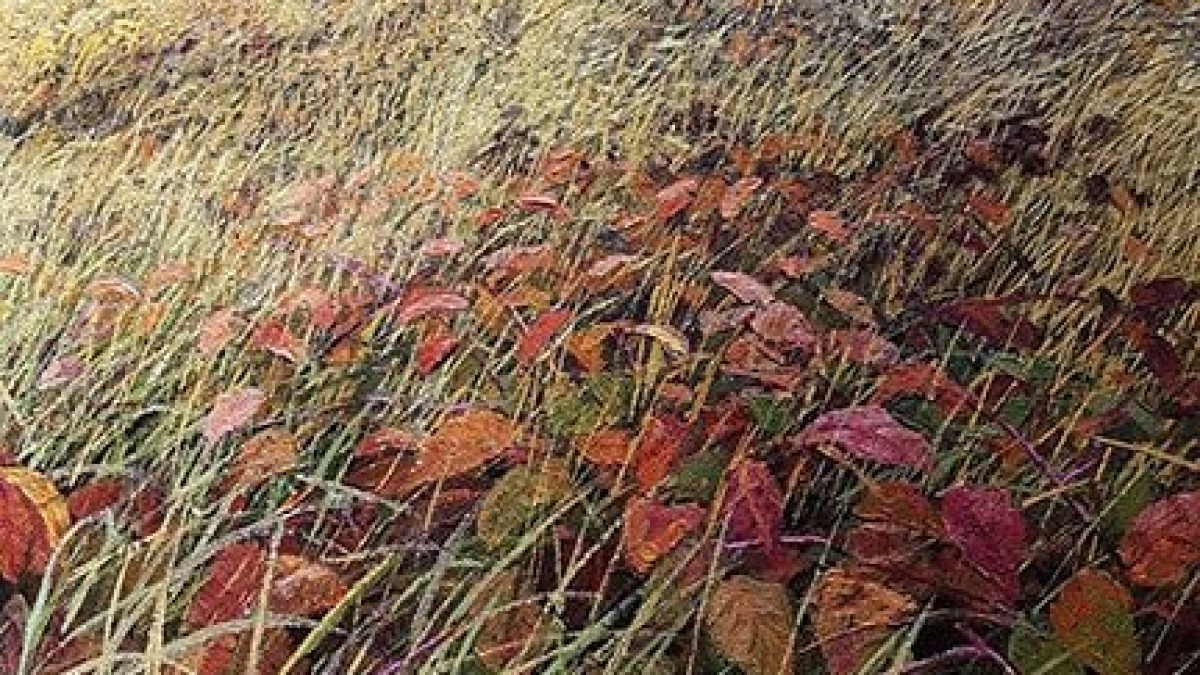 An observer can see, feel and know what painting really is in Vladimir Vojvodić’s paintings. His works are expressions of contemplation, skillfulness, as well as passions, being in love in painting, which he discovered in his youth. As concise definitions what painting can and should be today, they refer to a spiritual adventure, return to the painting at a time it has been abandoned by many. Similar to old masters, he is a painter who knows to paint; similar to Chardin, he can create an artistically provocative scene from anything: a painting with all its complex elements and features. Although an ignorant observer may find some of his oils skillfully analyzed landscape photos or painting according to the memory of nature, they are only purely artistic results brought near to abstraction. Vojvodić explores color, light, space, composition, local shade, shadow, cast shadow and details in scenes that most easily present the joy of painting to the observer.

Both sharp and smooth, this painting invokes feelings and caresses the senses. The world of grasses, meadows, flowers, bushes, trees, forest glades and paths, cherry orchards and shadowed sky, breathes with scents and sounds of nature, the faraway and restrained ones. His paintings are the simplest and most universal to the degree allowed by the art of landscape painting, general places that hide atmospheres, densities and characters.

Milo Milunović, painter, believed that exaggerations in art are an expression of infirmity. In that sense, Vojvodić found temperance in creating, a perfect spiritual remoteness from the painting, corresponding to intimacy with nature. Like chamber music or poetry, his works wake up the most personal and the deepest in an observer: memories, dreams, thrills, joys, melancholy… Is there anything more we can or dare request from art? The works of Vladimir Vojvodić introduce us to the truth of painting – celebration and tranquility of the spirit, silence and contemplativeness.

Theoretically able to explain his work, the painter does not find a stronghold in the common idea of mimesis, representing reality, verism or transferring realistic into two-dimensional. As some kind of triggers of consciousness and subconsciousness, his illuminated canvases open up energetic worlds, visualize vibrations hiding in nature, and bring an observer to exaltation with an everyday scene. Strong natural pulsations, the spirit of the place, scents, sounds, colors and energies flowing between heavens and earth, which the artist speaks about, enter the painting while opening senses. His realism has an initiatory character, the painter has an intention to initiate the inner in a human, thus certain owners of his works say that they have a beneficial effect, they relax the eyes and the soul. A painting is what it has always been, healing, because an artist is a medicine man, a mediator between worlds and the one who knows secrets. Vojvodić could not have concentrated his vitamin for the eyes and the soul if he had not renewed the best painting elements. “Without a need to consult art theories or art movements, using only raw sensibility and ability to create an illusion with color on canvas, I attempt to find the real measure of the density of information that could reach the observer’s mind”, explains the painter and programmatically establishes his approach to art – “I don’t want to change the world. I am trying to influence the observer’s perception of the world”. Unlike anyone in our, perhaps even European environment, Vojvodić founded his painting on skillfulness, without any rush, improvisation and experimenting. Capable, (self)assured and valuable, he returns faith into the ancient meaning of artistic creativity.