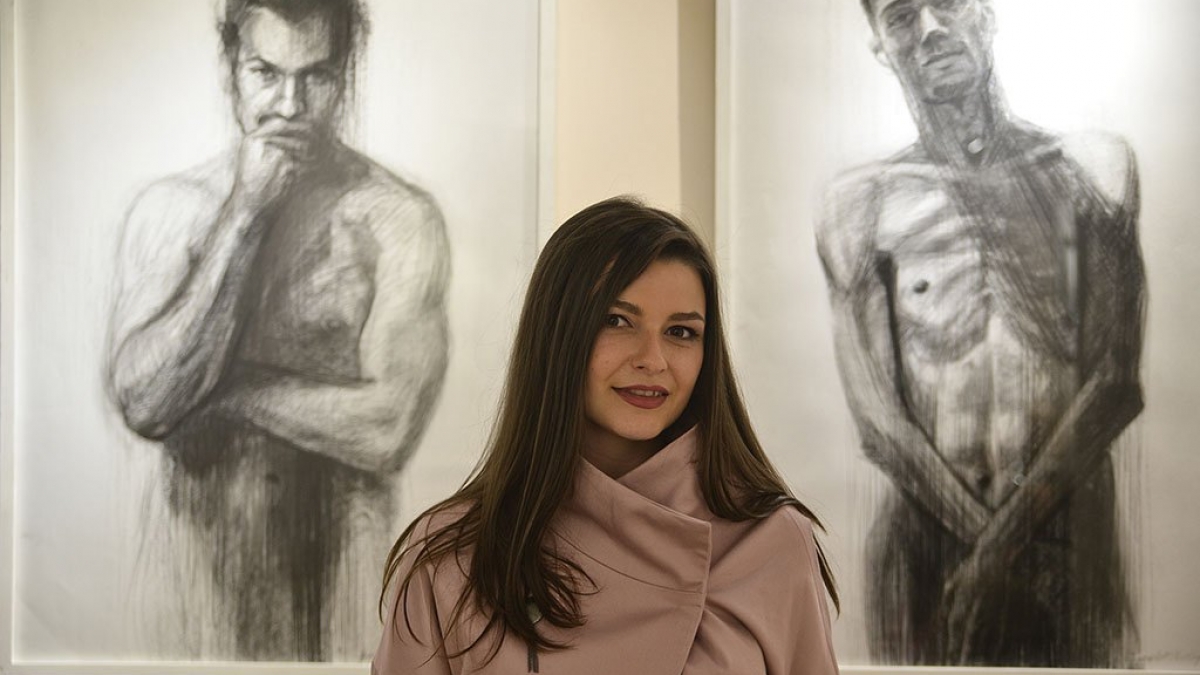 Preliminary literary impression due to the initial reading of works, possibly subjective, is the Stranger, Albert Camus, ignoring the fable, instinctively noticing the metaphorically of the name. An alien within himself, expanding to the mass,  carries the unknown factor that we calculate or ignore, leave us to ourselves or others, according to the frequent lack of interest and lethargy.

“… the prosecutor began to talk about my soul. He said that he carefully looked at her, but that he did not find anything in it, gentlemen of the jury. He said that I really do not have souls and that I do not have anything human, none of the moral principles that keep the human heart from evil. Certainly, he added, we can not resent it. We can not complain that he lacks what he can not have. But when it comes to this judgment, the only negative virtue of indulgence should be transformed into the virtue of righteousness, heavier but more important one. Especially when the emptiness we find in the heart of this man becomes a sink in which the entire society can disappear. “(The Stranger, Alber Camus)

One figure – one drawing draws from the form of monologues and points to a dialogue, loading an interactive incentive to review our elementary essence. Two-dimensional decoding of time, two-sided interpretation through sculptural of figures, which logically implies the eternity and durability of time, on the contrary, the stressed moment. A recorded moment with gesture and facial expressiveness, in which we are intensifying and starting our interference in the internal network.

“For before us is the endless horror of a silly soul who, looking for eternal youth and beauty, feels powerlessly the shameful misery of his shell, it is the confrontation of a spiritual being, seeking for joy without end and the body that goes away, decaying decay. The reality of decay and the body dies, but dreams and wishes are immortal. “(Ogist Roden about Art, Paul Gzel)

Linearity, on a formal plane, which expands the epicentre of the body, putting the focus on an internal discomfort that can endanger the outer, spreading galloping. Black figures on white paper point to the monochromatic transparency of reality, the discovery of media, the depiction of real impact, dictates of general interests that do not correspond with personal. The inclusion of figures on the periphery clearly predicts the disappearance of man due to cataclysmic changes, poor conditions on the micro and macro plan, causing fertile soil for everything that will reduce growth and prosperity. By assuming escalating the prevailing bad, negative aspect of technology and “modernity,” Katarina through the study act studies the body as a metaphor of an individual, which can not be the Achilles Heel of the society. Through her analysis and artistic elements, through the shortening of figures, frontlines and exposition into space, she actually forms a common space in which the observer and the figure are living together.

Decaying primary values alerts to the engagement of a subject’s rakers, the actualization of the personal, encourages a person to curiosity and readiness to self-position and self-management with its habits and needs. Deleting intimacy, sensory autonomy, individual aspirations, and copying, simulating, deconstruction of identity are fatal conditions for the vital functioning of the family and the community. Katarina analyzes demystification of modernity in order to prevent personal degradation.

Today, there is a completely different kind of force that we no longer can analyze, because it does not coincide with the traditional scheme of vehemence: it is an implosive force that no longer arises from the extension of a system, but from its satiety and its retreat, as what happens to physical star systems. It is a force that arises from the excessive thickening of the social, from the condition of an overregulated system, from the overcrowded network (knowledge, information, power) and hypertrophic control that penetrates into all the gaps. “(Simulacra and Simulation, Jean Baudrillard)