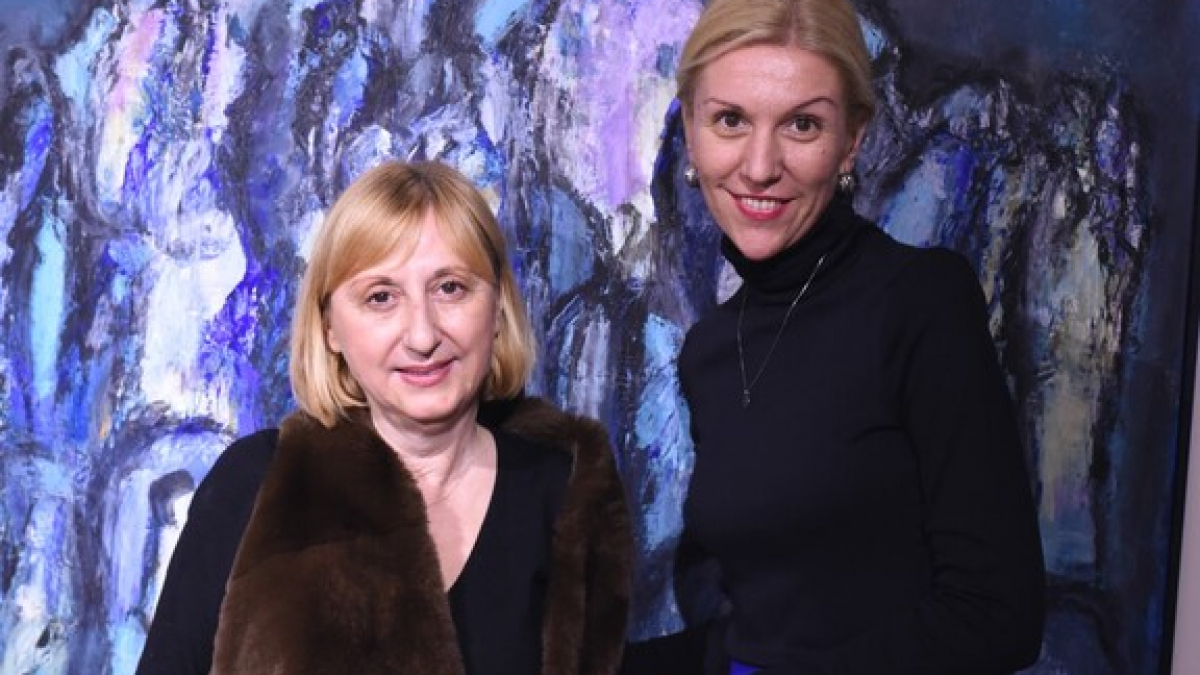 There is a painter in Belgrade who lives passionately for art, perhaps more than others. Dragana Maravić is interested in painting as longing and revealing a secret, she considers a painting an intimate, personal, not a public object. Petar Omčikus discovered her as an artist and trusted her completely, encouraging her with mystical words: “You’re a painter and there’s no way out!” Her painting was surprising for Omčikus for the degree of freedom she was conquering, and he told her that the braver she is, the more of a painting she will conquer. He was able to prophetically perceive the ways of her further development. Her later works, after the experience with figuration, aspire towards abstract expression, but her work connects two great paradigms, some of her abstractions hide the figure or figural elements in the background. Such a way is logical, and many painters, not only of early modernism, had successfully conquered realism or symbolism prior to researching abstract worlds. Dragana Maravić’s abstract paintings as a contemplative upgrade would not be possible without mastering the human figure, in which, according to the artist’s words, mistakes are more difficult to correct. Drawing and form from figuralics are woven into her abstract composition with strong coloring, but the coloring has become independent. Starting from such a basis, she entered more energy, spontaneity, coincidence, and creative improvisation into her new artistic world, on her way toward complete freedom of expression.

Dragana Maravić certainly knows that she will not be dealing with classical painting, but she wants her work to be well-based, built, and completed, on principles established in the history of traditional, easel and illusionistic painting. Something similar was noticed by Clement Greenberg, an American critic most important for the rise of the New York School of abstract expressionism. He claims that the best modern painters are getting closer to old masters by their artistic quality. According to this, this painter is one of the most prominent representatives of modern art, which she is conquering with such diligence. Not so long ago, Heinrich Klotz announced “other modernism” in the era of postmodernism and such type of creative work. She grew into a formed artist, and those expressing themselves in two opposite ways are not unfamiliar in that world; it is sufficient to mention Gerhard Richter, one of the greatest living contemporary artists, who is both a realist and a painter of coloring and compositionally complex abstractions. That ambivalence is even smaller in the case of Dragana Maravić; for her, everything is a painting, a very valuable object, to which she gives so much of herself, which should be conquered, perhaps even a divinity that needs to be appeased. The world of a painting becomes a painting of the world, better, more righteous, and more humane, otherwise, art loses its meaning. She is an artist who unselfishly respects Her Majesty the Painting, she yields to it completely, passionately, and with full trust. According to Tikalo’s formula: “The more you invest into a painting, the more it repays you”, her work advances in the constant esthetic battle of self-improvement and aspiring towards a masterpiece. Thus, her abstractions are only supplements to wanting and longing for a meta-painting, perfection behind all paintings.