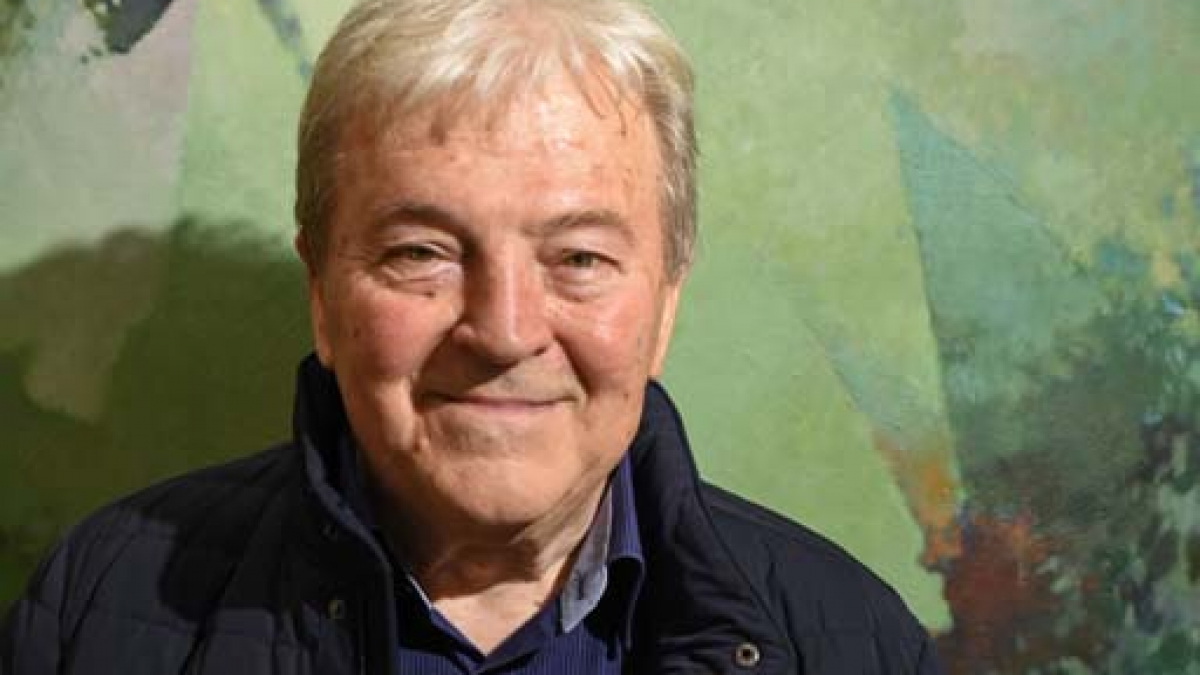 Headed for the Chimera of Pure Visuality

Perhaps the most wonderful moment in recent, especially French painting, transferred from Vuillard and Bonnard to Nedeljko Gvozdenović and Ljubica Cuca Sokić, prevails on Belgrade vedutas created by painter Dobrivoje Radojević Maša (Čačak, 1946). Radojević knows how to emphasize the pastel shade of the painting, its coloring values in accords of warm colors, harmoniously aligned with the knowledge of the quality of the local shade. This skillful painter, loyal to the heritage of early modernism, paints in a way that often a single gray, yellow, or blue imbues the entire surface of the canvas. Simply saying that his noble, pastel shade originates from the original work with pastel colors, through which he perfected his drawing, would not be true. Radojević paints the same way in oil technique, without allowing sfumato, into which his poetic scenes sink into, devaluates the firm architecture of the composition, precise straight, and curved lines, cubic masses, and objects. Regardless of his longing for abstraction, understood in the best possible way, as a form of spirituality, which abstract painting has been only in the work of great painters between the 19th and 20th centuries, Radojević (like Picasso) remains partially anchored in the real world, in reality, illusion derived from life, not idea and imagination (if we are allowed at all to understand abstraction as one of the expressions of imagination). Picasso did it for his own needs, commenting on abstract painting as: “Where’s the drama?”, while Radojević is doing it for completely different, purely poetic reasons. His paintings are created in the encounter of the reality of life and art, as permeation, harmony, and synthesis, not as conflict. He creates unique small inscriptions, homages to important paintings with great subjects: vedutas, still lives, nature (the painting Flood) and alike, in order to, after everything done in art, follow up higher-level challenges in terms of style, which are, as we can see in his work, still alive and current. This text does not mention certain famous painters so as to distinguish them as possible role models, but to confirm that this painter as a successor of the, now already long, tradition of modern painting.

Radojević is a neomodernist or perhaps part of what Heinrich Klotz defines as “second modernism”, modernism after postmodernism. On the example of this artist, it means returning to stable values of a painting, gained and confirmed knowledge and permanent ranges. The opus of this Belgradian perhaps also includes hidden criticism of the present chaotic situation, anarchy, interregnum, in which there is no prevalent style or esthetic phenomenon, with the entire scene sliding into a visual expression of pun, joke, esthetics of the ugly and demonic, more often unfulfilling and meaningless. Dobrivoje Radojević Maša reminds of the heroic days of modern art, but such homage would be nothing special if it were not performed visually purely, with consistent concept, attitude about the world and art. Needless to say that he is enchanted by the chimera of pure visuality, the noble, never reached painting, which would be purified from all traces of literature, even religion, and left only to its own sacral visual values, laws which are above symbols. Maša believes painting is a form of religion and that is the only answer to the question what his painting represents.