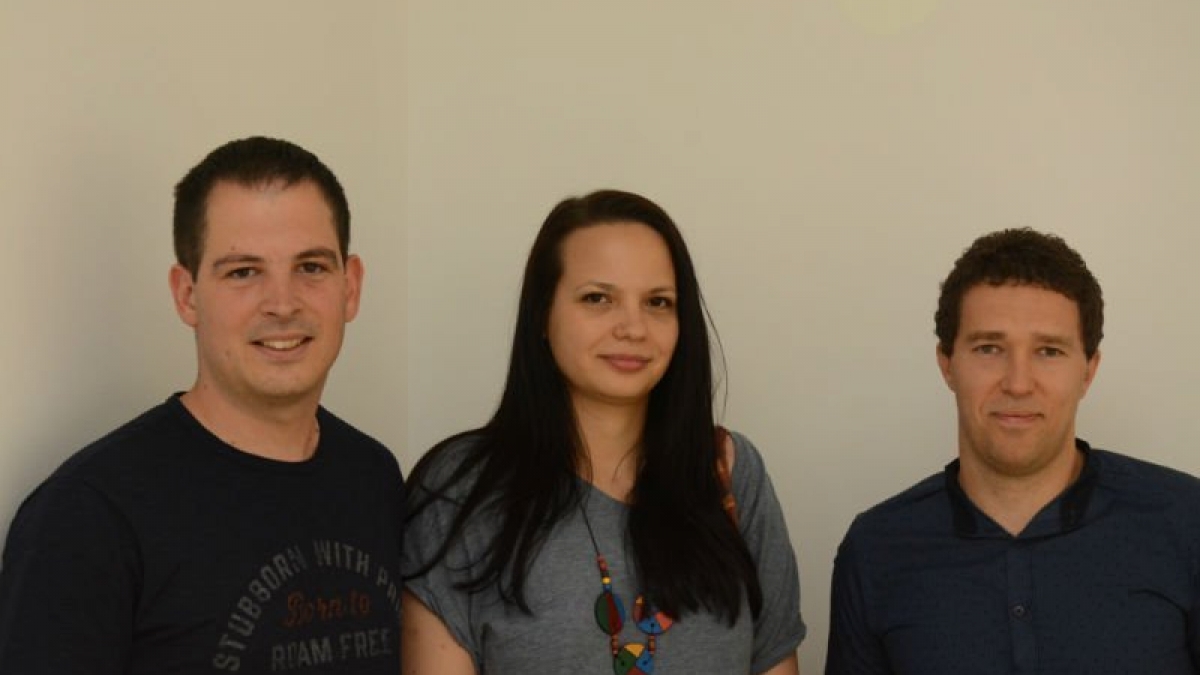 We are pleased to invite you to attend the opening of Danja Tekić, Andro Banovac (Croatia) and Slavko Luković’s exhibition “Three Examples of Modern Graphic Experiment”, on Friday, 7th July, at 7 pm, in the Lucida gallery, 11 Čika Ljubina Street, 1st floor, Belgrade.

All three artists presented at the exhibition Three Examples of Contemporary Graphic Experiment reject the anthropomorphic basis of traditional art and tend to present a dualistic relationship between subject and object. Their artworks expose the “presence” of the object and support the abstract idea that art should have its own reality, rather than imitate the apparent.

Danja Tekić‘s artworks speak the language of abstraction and represent autoreferential forms, without any hint or allusion to the outside world. By depriving her work of all the surpluses, she urges the observer to move his perception to a higher level of consciousness. By frequently playing with the structure of the grid in the concept of her artworks, she presents before us the idea of variability. The artworks of Danja Tekić are reexamining the traditional principle of presenting and perceiving graphics as a medium, because Danja does not experiment only with the structure, but also with the manner of presenting her graphics – some of them are printed traditionally, on paper, others are put in light boxes, or printed directly on a Medium Density Fiber out of which she produces simple geometric three-dimensional forms (in this case – cubes).

Andro Banovac‘s artworks, created under the influence of the subconscious, represent the microcosm, the artist’s personal microworld. The colour on Banovac’s compositions has the role of painting the state of the spirit (connection, loneliness, loss, mortality, the mystery of life), while the abstractness of the composition leads the spectator to go into reflection deeper than when observing a realistic presentation. The artist says that the title Bonds has a dual meaning because it refers to formal relations within the composition, the issue of harmony and balance, but also the need to distort that balance. Bonds represent the connection between the spiritual and the material; They point to sociological relations, but also to the formal relations of the composition’s elements. As a metaphor of society, graphics represent the artist’s social milieu, isolation or connection.

Slavko Luković‘s landscapes consist of coloured fields, lines and geometric shapes by which Luković envisages his vision of rural areas. With very few references to the traditional landscape, the artist presents abstracted images of his environment. He represents the sky with interlaced geometric shapes of different shades of blue, while the soil is defined by a few lines that separate green, yellow and earth-colored surfaces. Pastel colour tones and uniform, consistent colouring tranquillize the playfulness of compositions’ lines and shapes and contribute to the harmoniousness of the visual presentation. There is an evident thematic and poetic connection with the opus of Stojan Ćelić. The artist declares that his goal is to achieve a personal vision of a modern landscape. The witty titles of Luković’s graphics originate from old folk songs and of our poetic giants’ description of nature – Jovan Dučić, Aleksa Šantić, and Jovan Jovanović  Zmaj.