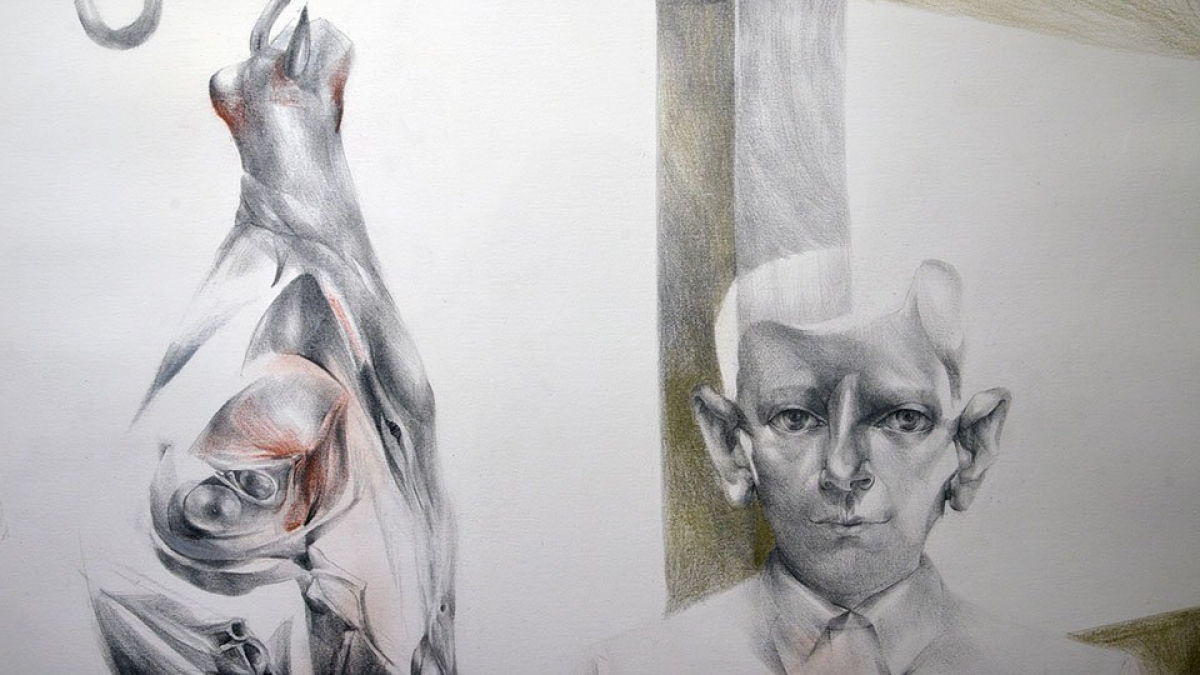 Dreams, thoughts, sensibility, reality, visual arts … all together in paints of the young artist Đerđi Ačaji are integrated in the name of her first solo exhibition: “Painter’s diary of disappearance”.At that point, her art began to develop towards the daily emergence, because in her works she creates new characters that occur through the formatting and figurative forms filled with feelings and captures them, extracted and uplifted above reality in surreal identifiable form in which appears the pulsating life in small. In these “stone” beings we recognize introverts as symbol of concentration of artistic sensibility trapped in the form of a being who dwells in indifferent relative to external projections of reality. With experiencesovertones of nostalgia for a time that precedes, towards people’s previous, knowledge, skills, qualities … art of Đerđi seeks continuity, connecting the meaning of existence in the present than the past.

Art forms that formed the disorder as they want to close the internal clearing, sustaining a sense of fragility, in response to alienation and seeking effective individuals. In this process we can hint unobtrusive engagement in raising awareness of crisis of identity, value system, disturbances or neglection of real values and their duration.

Question is: are the hard-shelled invertebrates look similar as Quasimodo –literary symbol of social criticism, social circumstance and prejudices, rejected because of his physical deformity. Building on the preoccupation with the inner being is the logical question, how to transcend all these issues and feelings in a Visual form?

Đerđi Ačaji succeeded above mentioned in voluminous fuel forms, with hint of geometrical form, in some moments of dramatic relationship of light and shadows, unobtrusive presence of colorful palette, with the end results always balancing the composition as a whole. The specificity of balanced moves, every single part and merge together, form is characterized by its two-dimensionality, mode of expression, Artistic and Poetic. Within unconscious mind she is leaving the material world for the aim of returning into spirituality in her more recent works, noticing the increased intensity of the defining and art of figurative forms filled with emotion which distinct awareness from “rocky” sleep. In her skills of realization lies the artistic strength of Đerđi Ačaji which continues to run further, deeper and wider.