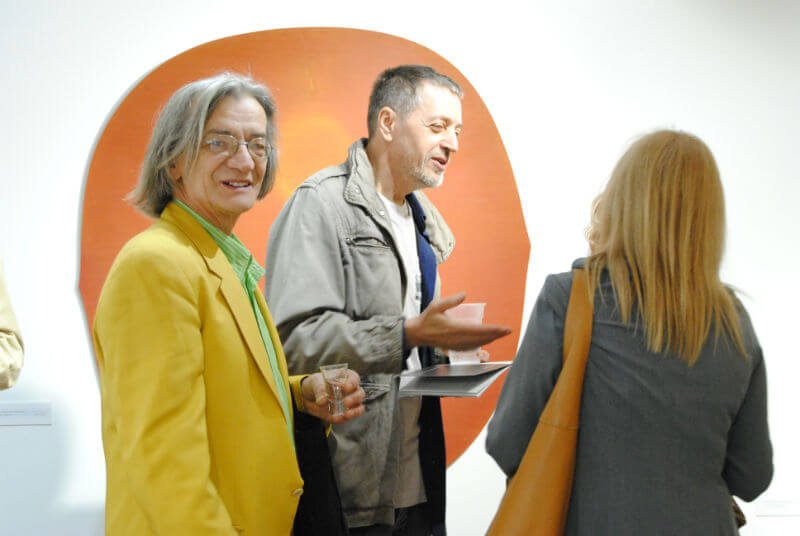 The team behind Lucida gallery for the second time presents to the audience the artists who have appeared on the Serbian art scene during the ’80 and ’90 of the 20th century with the exhibition “Thrown into the world, or about the excellence of an uninterrupted artistic creation“.

Artists that gallery Lucida continuously presents are very interesting regarding art history and art criticism because they appeared in the ’80 during the great interest of the state and society of investing in art as well as the promotion of art. These were the times of emphasising the opening of our art scene to the world. During the ’80, the artists, as well as the audience, thought that this, for art favourable, climate represents only a first step and that the best is yet to come. Nevertheless, the ’90 deflagrated them with wars, crises, poverty and isolation which was mainly manifested in the field of culture. During this period, a large number of artists left the country and moved abroad.  In 2000, the change of government brought a new enthusiasm to the art scene but also introduced the neo-liberal capitalism which treats an artwork primarily as a commodity which value is determined only by the market. The post-democracy era, as English sociologist Colin Crouch  and the German philosopher and cultural theorist Peter Sloterdijk determinate our present, lead to a neglect of the autonomy of art and culture and their positioning at the social interest margin in Europe and the world during the last decade.

So far, the generation of artists in question went through four different periods of social and political events, but also through for various periods of artistic practice. During the ’80 there was a linguistic pluralism and renewal of painting and sculpture after modernism, as well as the abolition of utopian idea of the ’70 that art can influence the social and political developments and change the world. The ’90 brought the turning back of art to itself, the emergence of the unexpressionism and neo-conceptualism, the rejection of “Return to order” and revival of modernity. During the ‘2000, the renovation of encouraging and protecting the development of the individuality of the artist reemerges, only to be lead to re-collapse of art autonomy and of the importance of authentic artistic value in recent times.

Irrespective of the circumstances in which the authors whose artwork is presented at the exhibition “Thrown into the world” found themselves during this long period, the quality and authenticity of their artistic expression remained exceptional. This exceptionality was the primary criterion in the selection of artworks for the exhibition “Thrown into the world.”

Especially nowadays, organising and holding the exhibitions of such prominent artists is incredibly important. Public needs to perceive the artistic range of authors who, rather than give way to time allowing time to win, they won by uncompromisingly insisting on the autonomy and quality of their art, thus ensuring a place for their artwork in the annals of the Yugoslav and Serbian history of contemporary art.