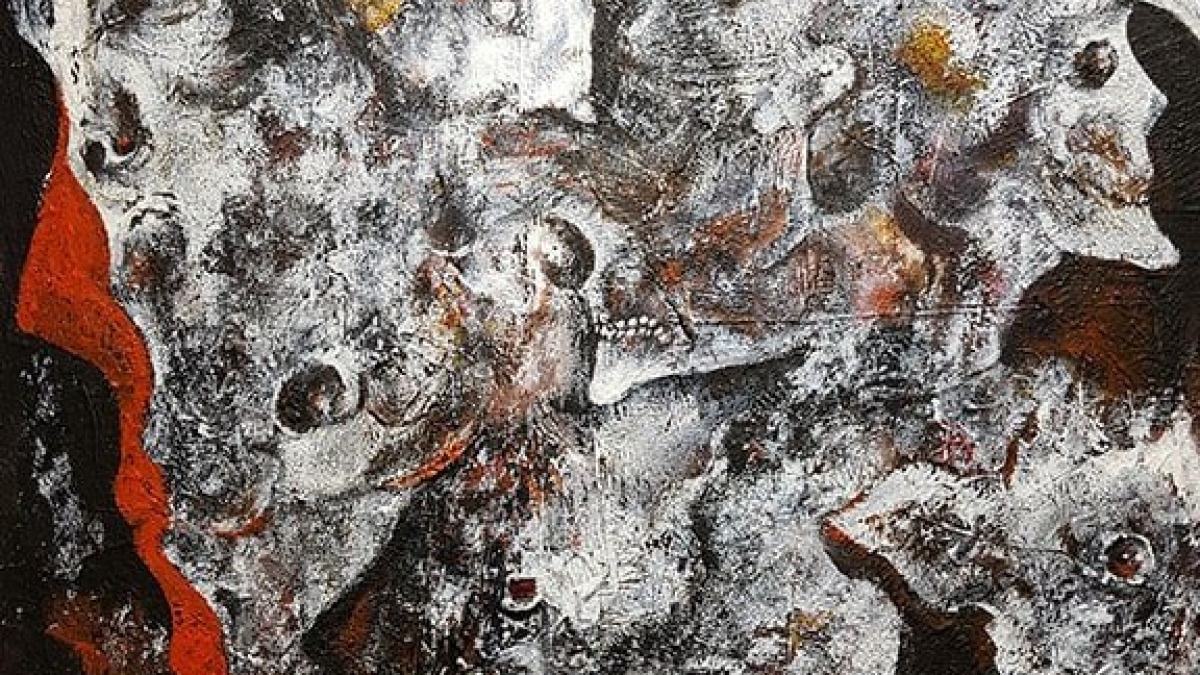 “All the greatest artists were inventors, they invented everything, they have never copied. Yes, there were certainly artists who copied, who painted, who had to paint portraits, and frescos. But if we look at even Ingres’s portraits, which are the most real, you’ll also find something that’s fictional. If it weren’t for that, they wouldn’t be so pretty. ”

Fictional worlds, Arcadian aspirations, arranged worlds according taste of utopians, can possibly be perceived as the ultimate aim to which everyone pretends to the end of point. Theodora’s atemporal exploration of the formal image plane is an uncompromising.  Her indiscreet drawing of a metaphorical figurativeness of an individual’s indicative behavior in a devastated system of society and existential abyss is authentic. Forms are dissolving in the base, have ephemeral state, speak about cohesive pain, dissipated warmth, repressed ambition and senseless empathy. The initial reading of the content in the works has a pessimistic tone that relies on the hidden forms of deviant patterns of behavior, the inhibited self, depictions of distorted humanity, and the metastasis of the human falling.

In the beginning, beautiful is in its essential beauty. In the last instance it is beautiful as an act of freedom. Last, the line that connects the two entities, the beginning and the utterly, emits struggle, conflict, relinquishment through engaged acts. Engaged and beautiful, as opportunistic terms, they complement each other and try to justify each other. If we treat the formal beauty and grace of Ingres’s portraits as essential consistency after the act of conquering freedom, then the character of Theodore’s portraits reflects an aspiration for inner harmony. She enriches the portraits of the struggle to achieve more beauty, enriches them with higher goals that go beyond visually anesthetized resources and usually unacceptable patterns. The process of dealing with the dark, and devil, the spiritual, and the essential towards the humanity of an organism, is difficult and misunderstood. In order to gain the beautiful and enjoyable, using Dibife alphabet, Theodora relativizes the visual doctrine of the established beautiful. She thwarts the aforementioned phenomenon of the aesthetic, fighting for her own criterion of evaluation.

The present associative connection with nature, visible through the materiality of the layers, the colorism and the expressive move, is read in the symbolism and narrative context of the works.

“His life takes on a kind of task and purpose, and it gets a certain meaning and significance that it would not have in its original nature. That life becomes responsible. A man earns merit and is burdened with guilt. He lives in a world different from nature and almost completely forgets that at the heart of this new reality is nature, indifferent to all values ​​and insensitive to the happiness and unhappiness of man. He forgets, too, that only a thin layer on his surface represents in him humanity and that it is he is the only who changes the whole meaning of his life and his destiny. He then becomes a person who plays a certain role in the human world and seems to find in himself the origin of his autonomy and freedom. ”

– The Book about Man, Roman Ingarden

Theodora’s observation of freedom through artistic practice, as well as literary explanation through a theoretical template, is ultimately the treatment of the engaged and the beautiful in the figure, who revisits the portrait of the modern man.